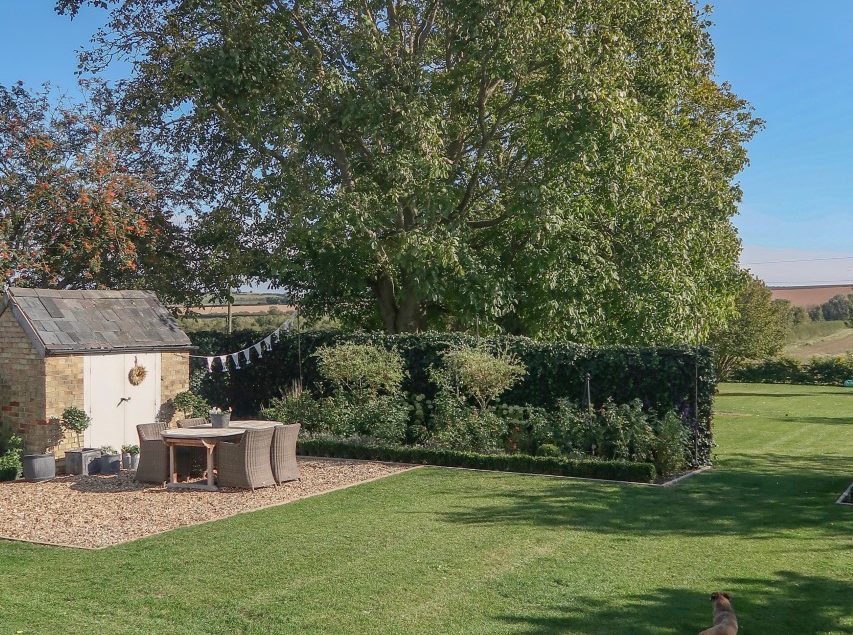 With the arrival of Autumn, it definitely feels like everything in the garden is going into hibernation. I tend to garden all year round and September through to November consists mostly of giving the garden a good tidy so it looks as good as possible for the Winter months. This week on Instagram I posted a picture of my garden enjoying some Autumnal sunshine and talked about just this. I got asked quite a few questions on a number of different topics so thought it would be useful to share my top five questions, along with my answers. Hope you find it useful. Now, are you sitting comfortably?

When should I cut back foliage and move peonies?

Wait until the foliage has completely died back to allow all of the energy to return to the bulb. The foliage will normally die back in the Autumn after the first frost – this is the time to cut back.

When should I prune Roses?

Pruning is essential if you want your rose to thrive. I always give my roses a very light prune in October/November, removing dead, dying, damaged and diseased stems and then go on to do a proper prune in late Winter/Early Spring, usually around February/March when I start to see new growth.

How you prune does depend on how old your Rose is. If you have a new Rose then I would only do a very light prune as it will still be establishing its root system. Focus on removing the ends, any dead or diseased stems and all of the foliage. It’s basically the same for year two, but you can afford to prune a little harder by removing long stems to the same length as the rest of the shrub.Once you’ve had your rose in for three or more years then you can do a lot more pruning. If you are looking for a taller shrub then cut back by less than a third. If you want to maintain its shape, cut back by a third and if you want to reduce its size then cut back by half. Still remember the rule from above, removing any long stems alongside dead, dying, damaged or diseased stems. Finally, don’t forget to remove all foliage.

When and why should I mulch?

Mulching provides nutrients for plants, locks in moisture, forms a barrier against weeds (definitely a plus point) and can help insulate roots of vulnerable plants from winter cold. For me mulching is a definite must and one of the last big jobs I do in Autumn.

I mulch twice a year. In the Autumn I will mulch newly planted trees and shrubs. Don’t forget, if you have opted to leave your dahlias in then a very thick layer of mulch will be required to cover them. I then mulch again in late winter and early Spring, adding a layer onto all of my borders to help trap in moisture from the wet weather.

When to trim beech hedging

When to plant bulbs

With love and stay safe, Flowers and Lifestyle by Margot –

Find out more about me – www.flowersandlifestylebymargot.co.uk